Mr Beckett and his wife Di will put 20 Suffolk rams and 60 “Suftex” (Suffolk-Texel-cross) rams up for auction at a ram sale at Cheviot on Thursday December 6. He says most of the 20 Suffolk rams are the first crop of rams from a new sire ram he purchased two years ago.

“Hopefully it will be a good rainy day, so fanners are not out making hay. We are hoping there will be no rams left after the sale, so we are keen to get plenty of farmers along.

“I just like to put up a good even set of rams which are bred for North Canterbury conditions.”

The Becketts run a 120 hectare property at Cheviot with 570 mostly Suffolk stud ewes. Mr Beckett is the fourth generation on the property and the couple have two children, Zoe (9) and Gemma (7). His father was a successful Borderdale breeder until he died at age 48.

Mr Beckett continued breeding the Borderdales until a change of circumstances led to him starting the Phoebe Stud in 1994 with nine Suffolk ewes.

“There used to be a Phoebe Station here. People give me a hard time about using a girl’s name for my stud, but in fact I have named it after an area, not a girl.

He says the advantage of the Suffolk is the lambs are early maturing.

“At the time there was something new happening in the breed (Suffolk) with the first American bloodlines coming into the country. The other breeds were at a standstill so farmers were looking for something a bit different.

He buys in Texel rams to cross with his Suffolk ewes to produce Suftex rams, which he says “have become the flavour of the month with local farmers.”

“The Texel has added some toughness and more survivability to the rams and improved their meat yield, but it takes a wee bit longer to get the lambs off to the works.”

Mr Beckett sells rams to farmers as far afield as Southland and Hawkes Bay, but the majority are sold to North Canterbury farms.

“It depends on what farmers are looking for. With three vendors there is a bit of variety in the breeds and a variety of prices. So there should be something there for everyone.” Mr Beckett says. That is why it works too well. We are really in opposition to each other, but the only way you can do it is to work together.” 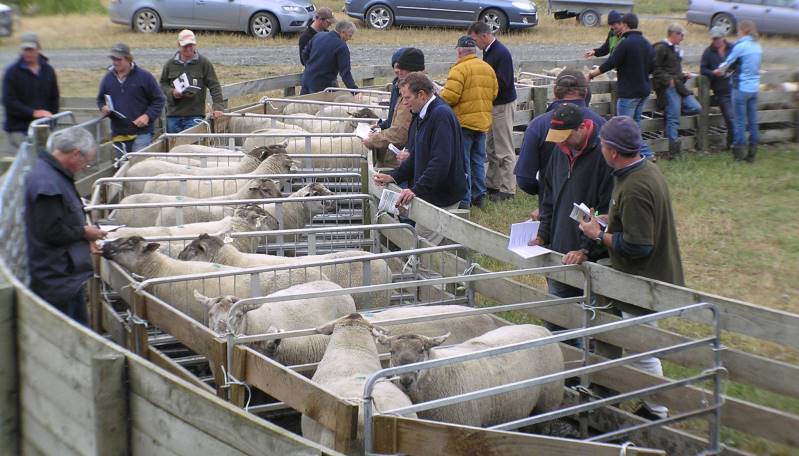 North Canterbury suffolk ram breeder Grant Beckett has moved with the times and added texel genes to the mix. His aim is to give his clients another option for producing early-maturing, meaty lambs.

But there has since been a swing towards the texel/suffolk cross, and he says they’ve started to take over his operation.

He now puts 300 suffolk ewes to the texel and 150 top ewes to the suffolk to maintain the quality in the female line.

“It’s a cross that does work very, very well. Bringing the texet in certainly adds a bit more quality to the carcass; they also seem to get up and go a bit quicker, and survivability is great

‘However, I still believe that in the dry of North Canterbury where ‘days to kill’ is probably the most vital measurement, the suffolks are as good as any

‘There was a huge crowd,’ says Beckett. ‘I put forward 48 texell/suffolk and about 32 suffolk. We’ve got to build on numbers because they just went mad on them.

‘The texel/suffolks averaged $840. Before the auction we were selling them privately and probably averaged only half of that.’

“When you go through the registration forms, there were a lot of people who missed out. We hope they’ll come back again and we can supply what they need.’

At this year’s sale – on the first Thursday in December – Beckett expects to have 100 texel/suffolks and 30-35 suffolks up for sale. All of the suffolks will go up at auction, none will be held back for ram fairs.

Grant Beckett takes a traditional approach to breeding. “The suffolks are on SIL, but to me, that’s only a small part. We do all the weighing and eye-muscle scanning, but I think good feeding, animal health and good stock sense and judgment are every bit as good as some of this modern technology.

‘If you put a quality product in front of people, it will sell well. I’m quite confident that what I’m producing will perform.

‘I’m breeding from five straight-out trotting mares and focusing on the yearling sales market. It fits in well with the rest of the farming operation, and it’s a passion I have and my grandfather had.’

The aim is to put four to six yearlings through the sales a year. ‘We had our first crack this year and came out with a successful result in a sticky market.

‘I love stud stock breeding and find pedigree-recording very interesting. The horses take that to another level. The history and the champions that show up is fascinating.

‘Frozen semen from some of the best stallions in the world is available to us now. I’ve got a mare this year that’s in foal to semen from France, so we’re quite excited. This stallion’s only two sons to have been put through the sales ring this year topped both the Auckland and Christchurch sales.’ 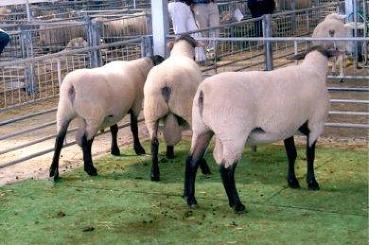 Two Phoebe rams(left and centre) chosen to represent the breed in group trifecta class. Phoebe 127/04 was retained and went on to do a superb job at stud. The ram on right was from Courtenay stud and went on to sell for $8000 at the stud fair.