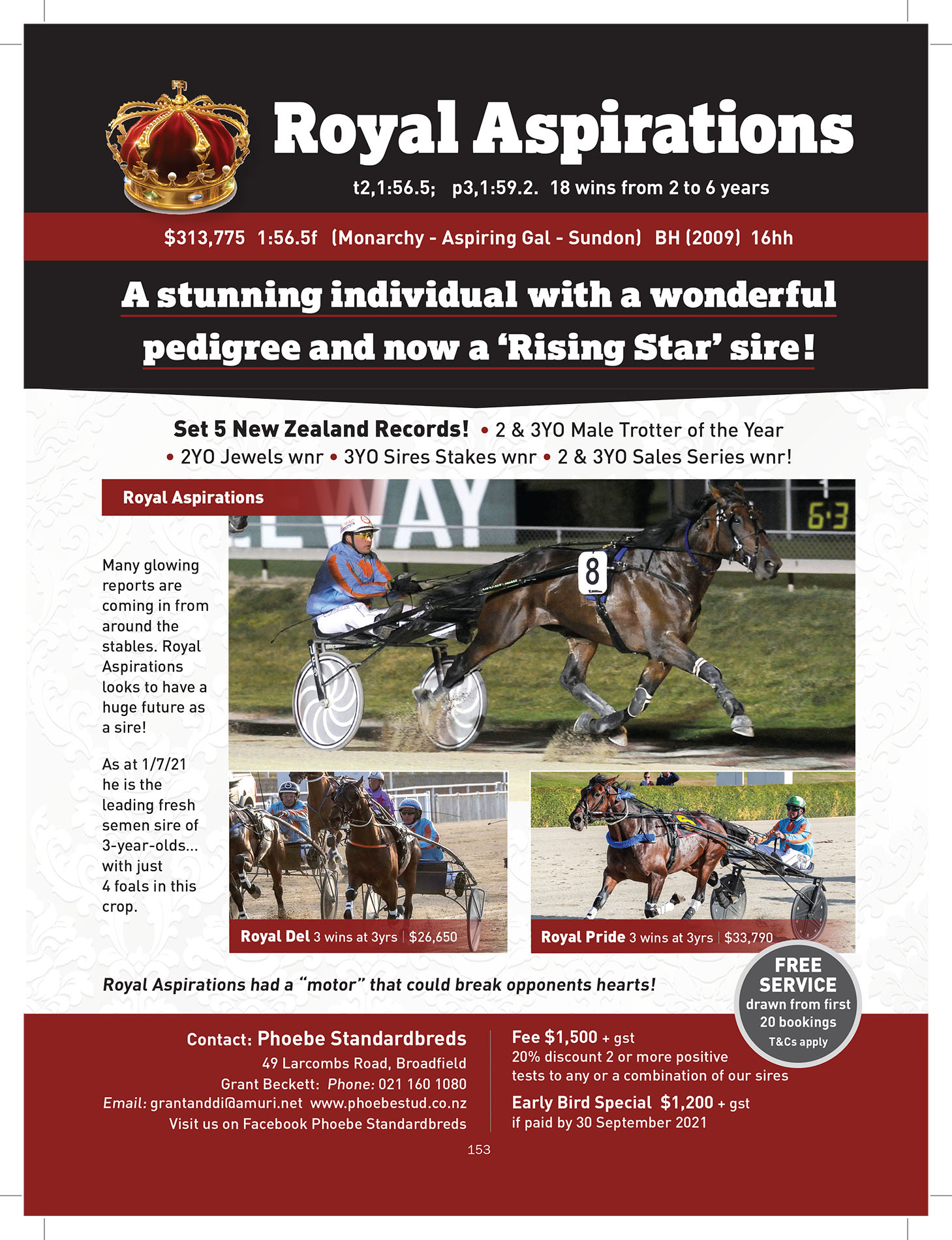 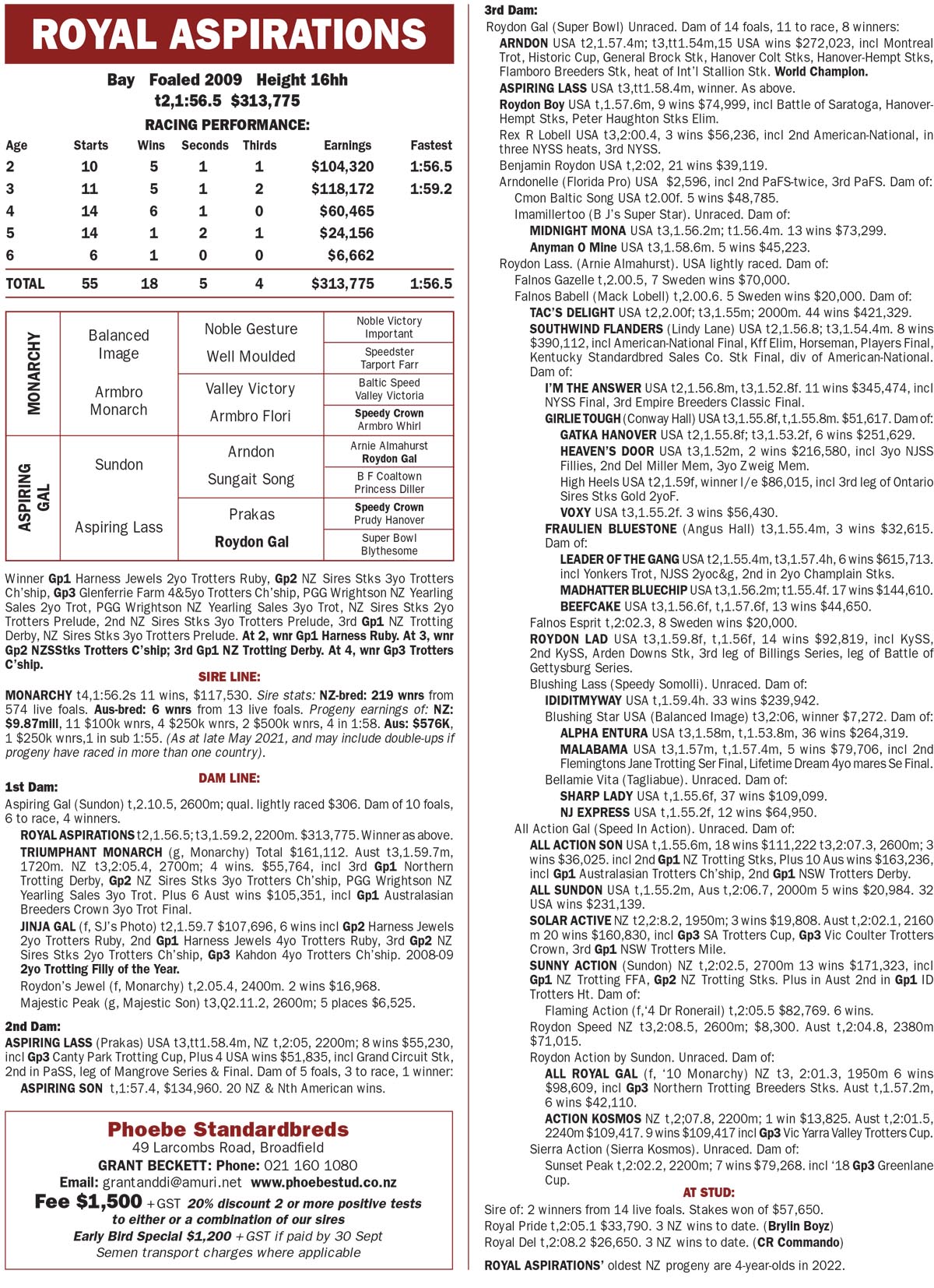 Royal Aspirations to Stand at Stud

Phoebe Standardbreds have announced that harness racing local trotting star Royal Aspirations is to stand at stud and he is an exciting late arrival to the “Fresh Semen Trotting Scene”. And at just $1,250 +GST he looks to be outstanding value.

A Jewels winner at two he went on to win the Sires Stakes at three and Sales Series races at two and three.

Racing in a quality crop that included Habibti, Sheemon, Quite A Moment and Blitzthemcalder he set five NZ records, some of these in the most dominant of fashion, his massive motor literally destroying his opposition at times.

A stunning 16h individual, with a wonderful temperament- something he may not have always shown on the track. Track time meant race time, race time meant go as fast and hard as you can, for as long as you can!!!

Being a son of Monarchy, out of the Sundon broodmare “Gem” Aspiring Gal, makes him a half brother to two-year-old Jewels winner Jinga Gal and a full brother to Breeders Crown winner Triumphant Monarch. His grand dam being Aspiring Lass is a sister to the mighty Arndon.

Standing at Phoebe Standardbreds, Broadfield, ChCh alongside up and coming two-year-old trotting sire Imperial Count for “newbies” in the stallion game Grant & Di Beckett, Royal Aspirations should attract plenty of interest at an affordable fee.

Grant sees a bright future for Royal Aspirations and is looking forward to the large number of mares by Majestic Son coming on stream over the next few years. These mares, particularly the ones out of Sundon mares will be a superb cross for Royal Aspirations, not only bringing in a double up of our greatest sire Sundon. But also the proven Balanced Image/Angus Hall cross.

Although new to the stallion game the Becketts have been breeding from 6 or 7 mares for the last eight or nine years with their best performers being Quite A Moment, KD Muscles, KD Hall, Hot Chocolate Tart and Phoebe Revival

This has been a big learning curve and I would like to acknowledge our vet, Becky Reid and Richard Aubrey (former studmaster at Roydon Lodge) who is a huge asset to have helping on collection days.

Semen can be ordered and shipped around the country in the normal manner, with the first pregnancy tests occurring later this week.